Walter Anthony Murphy Jr. (born December 19, 1952) is an American composer, keyboardist, songwriter, and record producer. He is best known for the instrumental “A Fifth of Beethoven”, a disco adaptation of Beethoven’s Fifth Symphony which topped the charts in 1976 and was featured on the Saturday Night Fever soundtrack in 1977. Further classical–disco fusions followed, such as “Flight ’76”, “Rhapsody in Blue”, “Toccata and Funk in ‘D’ Minor”, “Bolero”, and “Mostly Mozart”, but were not as successful. 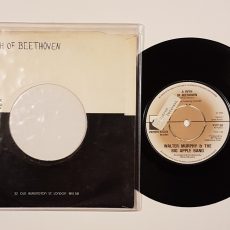